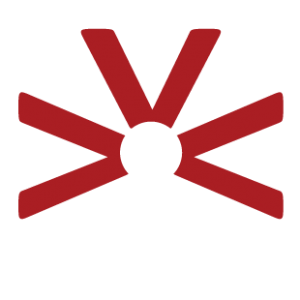 Home Business Are Voluntary Insurance Benefits Right For Your Company

I suggest to you it is time to consider voluntary insurance benefits within your benefits package and here is why. In today’s competitive marketplace, companies put a lot of energy into hiring top-notch employees. Considerable effort goes into attracting those employees, from providing comfortable salaries and signing bonuses to the promise of increasing responsibilities and the income to go along with them.

The reason for such an effort on the hiring side? Companies aren’t likely to remain successful without top teams in place. One key way to attract and retain superior talent is by making sure benefits offerings are plentiful, competitive and affordable. After all, the economy may be rising, but health care costs, including deductibles, copayments, premiums and out-of-pocket expenses, are outpacing wages and inflation.

Premiums: 3%, Wages: 2.5%, Inflation: 1.1%. The average family health insurance premium was 3% higher in 2016 than in 2015, while wages rose by 2.5% and inflation by 1.1%. Premium costs n 2017 are expected to rise at the same rate.1,2For the past seven years, Aflac has conducted an annual survey designed to gauge employer and employee attitudes and opinions about health care, benefits, and related topics. The results of the 2017 Aflac WorkForces Report are still if no more relevant today in 2019 for the survey reveals just how concerned employees are about health care costs and how critical health care benefits are to job satisfaction, productivity, retention, and recruitment.

According to the survey, 49 percent of employees are at least somewhat likely to look for new jobs in the next 12 months. While employers realize turnover is inevitable – people move, their personal ambitions change, they retire – no company wants to lose top talent over issues that are avoidable, and that includes less than satisfactory benefits options.

27% & 49% involuntary insurance is more likely to be offered at growing companies (29 percent) than at companies that have maintained (24 percent) or declined (18 percent) in terms of sales or revenue in the last 12 months. Nationally, 27 percent of employers offer voluntary products to their employees, most often life, short-term disability, accident and long-term disability. Of those, 49 percent do so to satisfy employee need, interest or demand.

Perhaps those companies realize that employees enrolled in voluntary insurance benefits through their employers are more satisfied with their jobs than those who are not. Why? Because benefits are about more than medical bills – they’re about helping protect one’s finances and lifestyle no matter what unexpected health events occur. That’s critical, given that 65 percent of employees who participated in Aflac’s survey reported having less than $1,000 on hand to pay out-of-pocket expenses associated with unexpected serious illnesses or accidents, and 39 percent have less than $500.

The effect of strong benefits options

Strong benefits go a long way toward improving employee morale, which directly affects worker retention. Sure, a good salary, boss and working conditions are critical to employee contentment. But as the Aflac report revealed, benefits are right up there with other, more obvious employee wants. In fact, 39 percent of employees surveyed said improving their benefits packages is one thing their employers could do to keep them in their jobs. The answer was second only to “increase my salary.” What’s more, 58 percent of employees would be at least somewhat likely to accept a job offer with slightly lower compensation but better benefits.

Employees report their benefits package offerings are extremely or very important to Job satisfaction: 65%, Loyalty to an employer: 58%, Work productivity: 50%, Workplace engagement: 43%, The decision to leave an employer: 42%, Willingness to refer a friend: 44%.

Benefits are powerful. When they’re good, they can persuade people to stay in their jobs: Employees who report being extremely or very satisfied with their benefits are more likely to be content with their career choices (80 percent vs. 40 percent who are not very or at all satisfied). Conversely, 50 percent said that if their employers did not offer adequate health insurance coverage, they would likely look for jobs with better benefits.

The growing demand for voluntary benefits

Another reason voluntary insurance is growing in importance? Aflac has pinpointed what we call the “ripple effect.” In other words, because Americans have so little set aside for medical emergencies, an unexpected illness or injury can play havoc with other parts of their lives. For example, when faced with high medical costs, they might have to make lifestyle sacrifices they’d prefer not to make – sacrifices such as canceling or downsizing vacations, giving up gym memberships or children’s dance lessons, or even “small” things such as restaurant meals or movie nights.

Pay Off Your Student Loans Faster

Using Online and Mobile Search Tools with Your Agent

Are Voluntary Insurance Benefits Right For Your Company

Pay Off Your Student Loans Faster

What Would You Need to Retire with Financial Peace-of-Mind

Thinking Outside the Box Is Important

Why You Should Consider Disability Insurance

Unique Tactics Buyer’s Are Using to Get Contracts Accepted

June 1, 2017
0
Reader Resource Apply now to be an Entrepreneur 360™ company. Let us tell the world your success story. Get Started » Each day, consumers are bombarded...